I have worked with Grocontinental for several years now, photographing for calendars, websites displays and all forms of promotional material. But their latest project takes on a whole new dimension!To produce a graphic that is 16.5 meters long and 2.5meters high!

Grocontinental are in sponsorship of a series of Triathlons and wanted a Lorry livery to portray their involvement. We came up with several ideas, but the one that that caught every body’s imagination the most was a triathlon taking place in the back of a trailer unit! The idea being that it will look as though the curtains are being pulled back on a taught-liner (canvas sided lorry trailer), but the graphic will actually be pasted on to a hard sided trailer.

The result will hopefully cause viewers to do a “double-take” as the lorry drives past.

A graphic of this size takes on all manner of difficulties. Firstly it cannot be photographed in a single picture as the image would break up and pixilation would occur. Therefore it needs to be photographed in several stages and digitally stitched together. 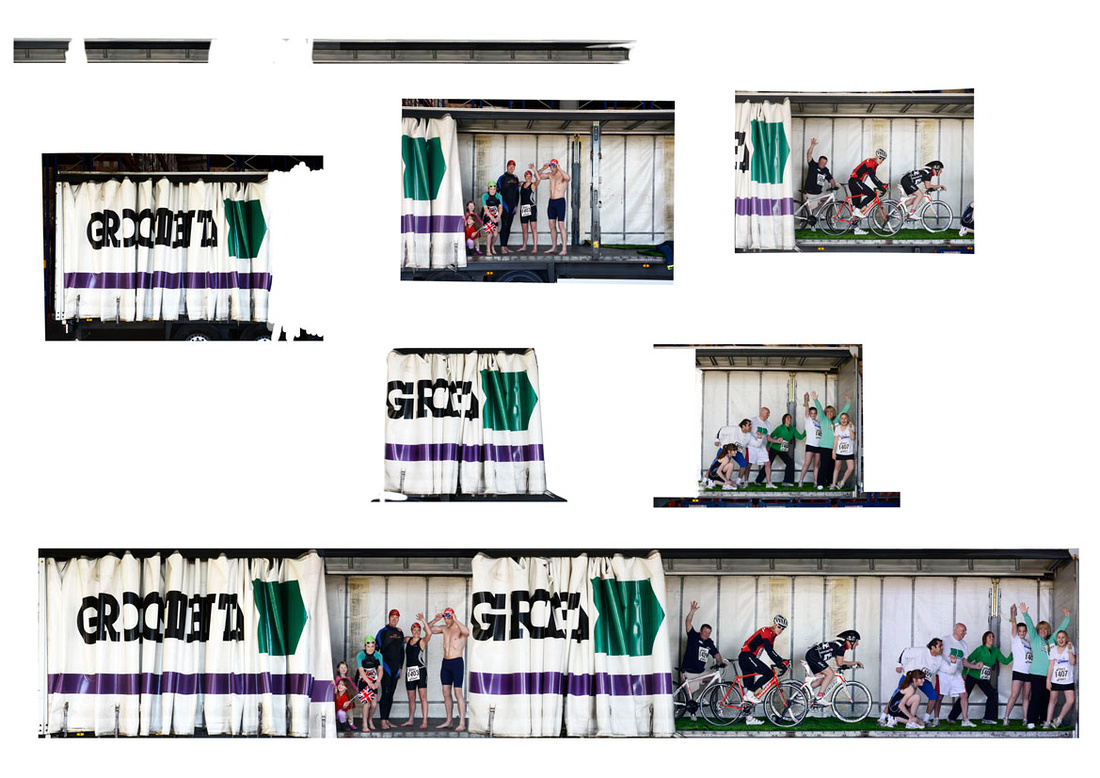 Each piece needs to be meticulously analysed and scaled correctly to fit next to the preceding photograph.

The trouble with doing this is that the cross members change in perspective so the whole of the ceiling needs to be digitally reconstructed to give a singular view point. The other problem is that each picture will have slight “Barrelling” due to the edges of  each photograph are slightly further away from the camera than the centre of the picture, normally this is not noticeable, but when producing an image of this scale any anomaly will be magnified for the world to see!

After a chilly mornings shoot, some very brave people wearing not-a-lot in a very chilly haulage yard meant that we had the raw ingredients to piece together our graphic. Please see my artists impression below... 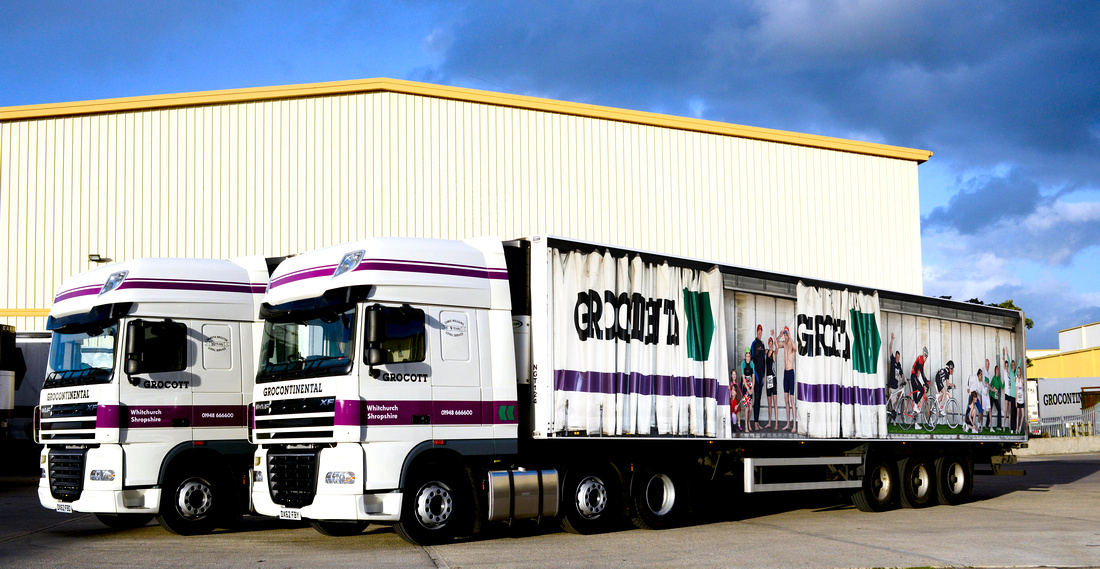 We have witnessed Grocontinental achieve some  Phenomenal  successes over the last few years, winning Haulier of the year twice and being runner up in the Livery Design category of the awards. Well, I think this is their bravest effort yet, so good luck and who knows...